I had reviewed this book on another blog when it first came out, but since Victorian industrial singer, Emilie Autumn’s new CD, Fight Like a Girl, came out five days ago and falls into the fantasy camp, I will be reviewing the CD soon on this blog. The Asylum for Wayward Victorians Girls and Fight Like a Girl are companion pieces. 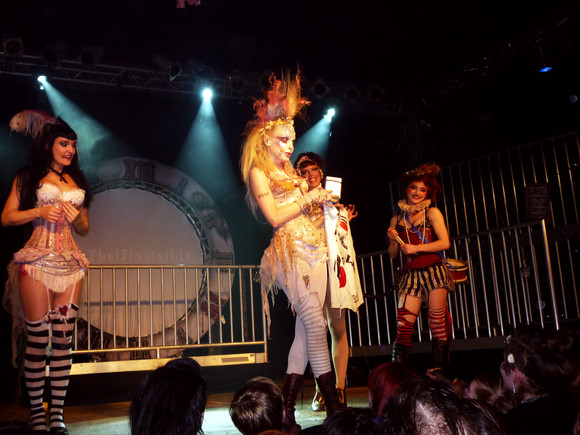 Emilie Autumn and her Bloody Crumpets, inviting the audience into the asylum as plague rats…

Emilie Autumn’s self published, enormous tome traces two stories which weave into one. Emilie tells her own story of her stay in an American mental hospital after an attempted suicide and  a history of bi-polar. Finding letters in her locker dating back to the 19th century and an English asylum, she soon finds her own story dovetailing with the story of Emily with a “Y” who, alongside other insane women, take over the asylum in an insurrection of courage, fear and finally, hope. 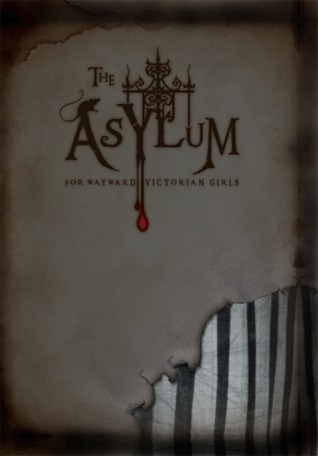 Straddling the bookshelves somewhere between psychological study, historical horror story, and fantasy fiction sits Emilie Autumn’s debut autobiographical novel, “The Asylum for Wayward Victorian Girls.”
Written and illustrated by the notoriously manic-depressive rock star, this chilling tale combines humor, tragedy, and suspense to produce a blood-curdling account of the nightmare that is life inside an insane asylum, comparing those from the Victorian era with our modern day version, and proving, through her own personal experiences, that not much has changed from then to now…
It is a reality-bending thriller as well as a profoundly empowering tale of suffering, sisterhood, and revenge that culminates in what is perhaps one of the most suspenseful cliff-hangers of all time.
Prepare yourself to enter a world most pray never to visit. But beware: It is much easier to get into the Asylum than it is to get out…

Aside from the obvious link of the mental institution, it is the common theme of attempted suicide that really ties the two stories together and there were a lot of moments where I really was forced to think hard about issues to do with this. Fans of Emilie Autumn’s Opheliac, will see where songs like 4 o’clock, (why can I never go back to bed/whose is the voice ringing in my head) and Let the Record Show (That you murdered me in your coldest blood/with your own two hands. Don’t they know and understand/it happens every day) come from.

There are many photographs, drawings, colour illustrations and handwritten pieces throughout that add to the believeability of the story and daw you into the book’s world. By the time I was about a quarter of the way through the book, I was starting to feel very, very unsettled and I think that was the purpose of including this extra material. 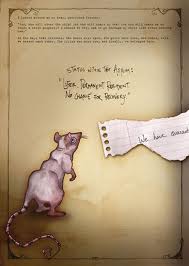 It is also one of the best books I have ever read.