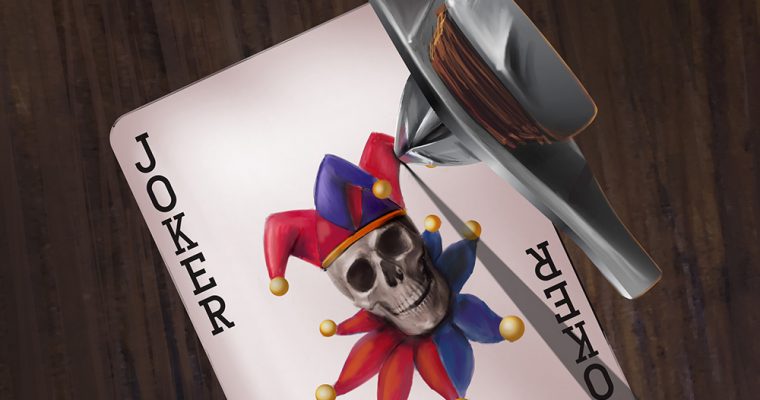 This is my tenth and final author interview with IFWG Publishing. It’s published as part of IFWG’s Uncaching the Treasure’s campaign. Today’s interview is with Kathryn Hore, whose debut novel, The Wildcard, came out mid-April. Welcome, Kathryn! The Wildcard is your debut novel. Tell us a bit about how… 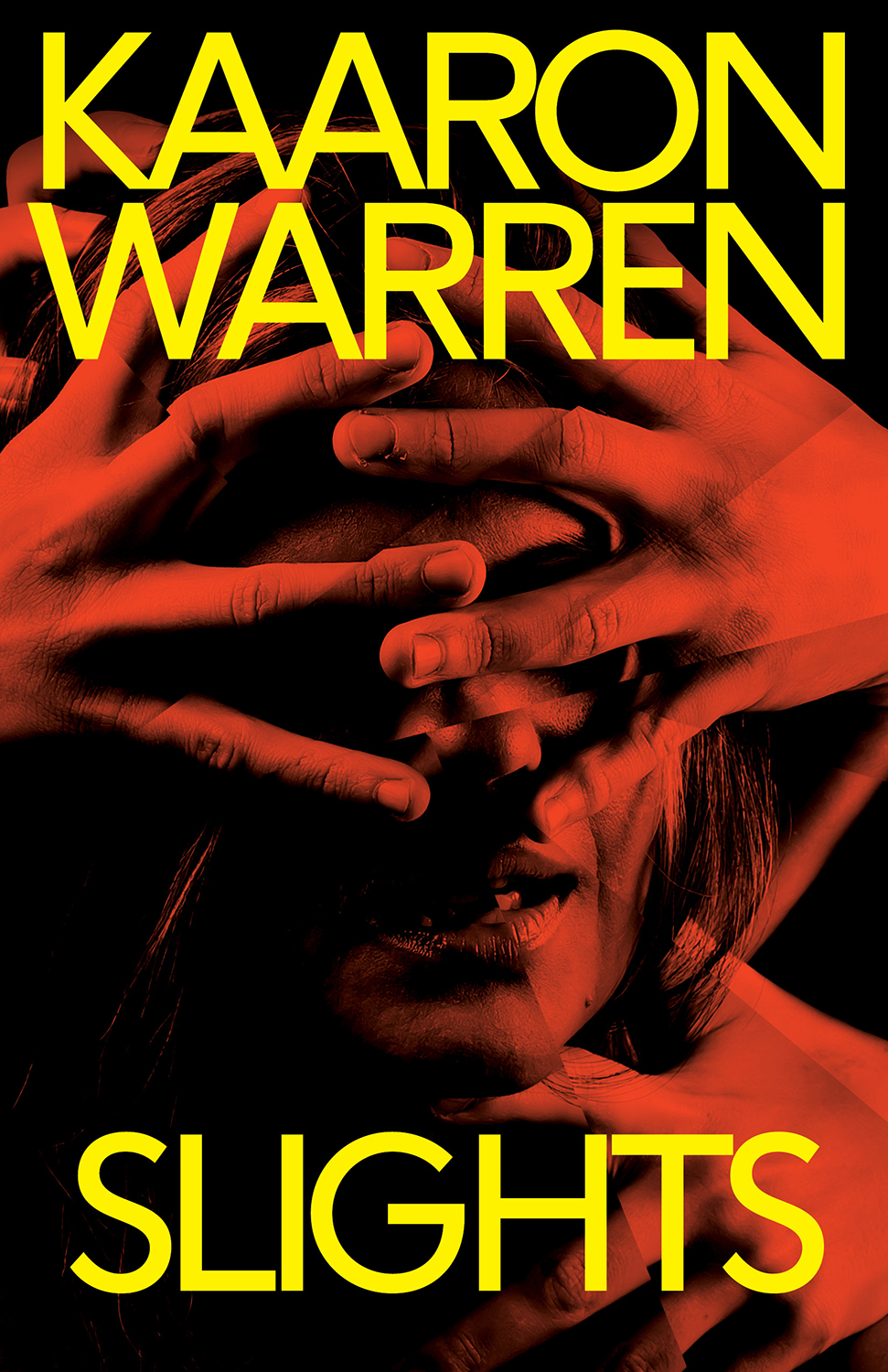 Welcome to my third IFWG author interview for this year! It’s published as part of IFWG’s Uncaching the Treasure’s campaign. I’ve known Kaaron for awhile now and it’s super exciting to be able to talk with her about her work, in particular the re-release of her novel, Slights.

Shirley Jackson award-winner Kaaron Warren published her first short story in 1993 and has had fiction in print every year since. She was recently given the Peter McNamara Lifetime Achievement Award and was Guest of Honour at World Fantasy 2018, Stokercon 2019 and Geysercon 2019. Kaaron was a Fellow at the Museum for Australian Democracy, where she researched prime ministers, artists and serial killers. She’s judged the World Fantasy Awards and the Shirley Jackson Awards.

She has published five multi-award winning novels (Slights, Walking the Tree, Mistification, The Grief Hole and Tide of Stone) and seven short story collections, including the multi-award winning Through Splintered Walls. She has won the ACT Writers and Publishers Award four times and twice been awarded the Canberra Critics Circle Award for Fiction. Her most recent novella, Into Bones Like Oil (Meerkat Press), was shortlisted for a Shirley Jackson Award and the Bram Stoker Award, winning the Aurealis Award.

In the ‘about’ section of your website, you say you wrote a novel at 14 called ‘skin deep’ which you need to type up. What sort of story was it and have the ideas in it shown up elsewhere in your writing? How?

I have typed it up now! This story was hugely inspired by The Outsiders, and followed a very similar story line. Two groups in suburban Melbourne battle it out. I moved beyond this kind of realist fiction into horror and science fiction, for a number of reasons, but I’m still looking at the way we treat each other and the way we judge each other at face value.

What appeals to you about speculative fiction, particularly horror, as a genre? What do you think makes you keep coming back to that horror space?

I love that anything is possible in spec fic. In horror, this means I can explore the afterlife and ghosts, think about what happens to us when we die, and look at crime and punishment in a new way. I keep coming back to horror partly out of habit now! But it’s also because that’s where a story tends to lead me. I’m not sure why, but I’ve always been fascinated with the darker side of life, and I’m not a fan of contrived happy endings, so I think that’s a part of it.

In November 2020, Screen Canberra announced development funding to adapt your excellent novel, The Grief Hole, into a film. Are you able to say anything about that project and where it’s at? What’s your role in the collaboration and how are you finding the experience?

This is such an exciting adventure! Josh Koske approached me a couple of years ago, having read The Grief Hole. He saw the filmic possibilities in it and wanted to have a go at making that happen. He’s the main scriptwriter, with me helping as far as elements of character and plot. I’m really loving the experience. It makes me look at my work from a different angle and really forces me to re-examine why I did the things I did on the page. Once you start to collaborate, the work changes, as does the story. We’re having lots of cool discussions about motivations and that sort of thing. I’ll keep you posted on developments!

You’ve lived in Melbourne, Sydney, Canberra and even Fiji for three years (aside: what were you doing there and please tell me more). How does place come into your story-telling (whether through theme, setting or something else)?

Place is absolutely vital. You absorb the atmosphere of a place you’re in, even if it’s only a visit. The sounds, the smells, the sights. All of that imbues my work. In Fiji, the air is different, and the colours. We were there as part of the diplomatic corps, an amazing experience in itself. I got the chance to make friends with people from all over the world, and to connect with Fijians as well. I explored the streets and shops of Suva, ate food I’d never eaten before, had amazing conversations with fascinating people. It was an unforgettable experience.

And now let’s talk about Slights. Here’s the blurb for those unfamiliar with this novel:

When Stevie Searle almost dies in the accident that kills her mother, she doesn’t see a shining path or a golden light. Instead, she sees everyone she’s ever slighted, waiting to take a piece of her in a cold, dark room. The person whose place she took in the queue, the schoolmate she cheated off, the bus driver she didn’t pay? All waiting. All wanting to take their revenge when she finally crosses over.

Stevie is fascinated by the dark room so she sends herself there again.

Slights is a re-print of one of your novels (first published 2009) and features a pretty disturbing protagonist. Can you tell us a bit about how the idea for that novel started and how you created Stevie (and coped with being inside her head haha).

It was a really intense six months or so, living in Stevie’s head. The first draft was written with a grant for the ACT Government, so I was at home writing solidly for that time. I’d never done that before (apart from a couple of weeks here and there) and I think that total focus helped the intensity of the character.

Stevie was really created out of the concept that hell is a place where everyone you’ve ever slighted is waiting to take a piece of you. I can’t remember how I came up with that idea! But I wrote it as a short story first, then realised I wanted to tell the story of all of those slighted people, so it needed to be a longer work. Once I started to tell their stories, Stevie began to emerge. Each slight helped build her as a person.

I wrote the book three or four times. The final version I completed in Fiji, when my kids were little. So I had that weird situation where I was in Stevie’s head during school hours, then slipping back into my own real life when the kids were home!

Is there a favourite/interesting passage from Slights you could share to tease readers?

I do have lots of favourite bits! There are scary bits and funny bits and sad bits. Part of what I wanted to create around Stevie was a sense of loneliness, even though she has people who care about her.

SO here’s a funny little bit. It’s an essay Stevie writes at school!

The Sacking of Troy

by S. Searle
There are great things afoot in the workings of mankind. Only one man can save the day and it is always a strong man, a good man, a man who shows up on time to work and does not take sickies. A man who has only one girlfriend at a time and does not keep three women waiting while he performs nebulous duties. This man is always honest. This man does not steal food from his employer.

This man is not Troy.

Troy got his job at Woolworths because his big brother worked there for years and was now head manager of the cigarette booth.

Brad had an attendance record which was being noticed in high circles, and he never blew his nose on his sleeve. He was popular because he was going places and there was always a chance he would give out free cigarettes when the floor manager took her tea break.

Brad looked good in his short red coat. He had a smile which was quite believable and a laugh which didn’t shock anybody.

There was no reason to think his little brother Troy would be any different.

Brad knew, but he was under the control of his mother, who insisted Troy be given a chance. She could not see Troy in the light everyone else saw him in, because he was charming and he gave her kisses still, although he was fifteen.

The Starting of Troy caused a stir of anticipation. The customers were no cause for gossip – only the ones who liked to catch the cashiers out in errors. They received slow, painstaking service. The best gossip to be had was about each other.

Troy arrived with sunglasses on, greasy hair, sandshoes. Brad received a word of warning; had he not drilled the dress-code into his brother?

Troy wore scuffed school shoes the next day and declared that his ignorance of the difference between a Naval orange and a Valencia would remain just that.

He began to feel besieged the next day when he did not properly pack a customer’s bags, and he lashed out. Brad was called to speak with him.

“Troy, you must be careful. The people here are very unforgiving. They don’t like temper or any other emotion. Perhaps if you were in Paris things would be different, because the French are a passionate race. But you are here, where we are dispassionate, and you must abide by the laws, however unfair or invasive you find them.”

On his next shift, Troy was discovered having sex with Diana, who had gone out the back for a cigarette and been surprised.

“What can I say? He’s built like a horse. I could hardly resist.”

With that, Troy was sacked.

What’s next on the writing horizon?

I’ve had some good story sales this year so far, but not sure they are all announced yet! I’ve written stories set in a failed world, stories set 5000 metres in the sky, stories set in mythical pubs about cursed brooches. All out this year, I hope!

I’ve got the next two re-releases coming from IFWG. Walking the Tree and Mistification. Really looking forward to having those out in the world again!

Thanks so much for sharing with us today, Kaaron! You can read more about the book at the publisher’s website with Slights available for purchase in all good ebook and print outlets. It is distributed through Gazelle (UK/Europe), Novella (Australia) and IPG (North America).

Towards White Zena Shapter Publisher: IFWG Publishing First Published: 2017 RRP: $29.95 Disclaimer: Zena and I attend the same write in group once a month-ish. However, the publisher gave me a copy of this novel in exchange for an honest review. Interesting fact about me:…