The Danish original crime show, Forbrydelsen (translated wrongly into english as The Killing, when actually it means The Crime), has long been on my to watch list. My Mum had watched all three series aons back and told me all about how good Sofie Grabol was in it, and back in my LiveJournal days, many people on my flist constantly made graphics and art and re-capped episodes. Still, it took me making the decision to quit my job start of this year to start the binge and it’s taken me four months to get to the end despite only forty episodes, largely because I didn’t want the show to end. 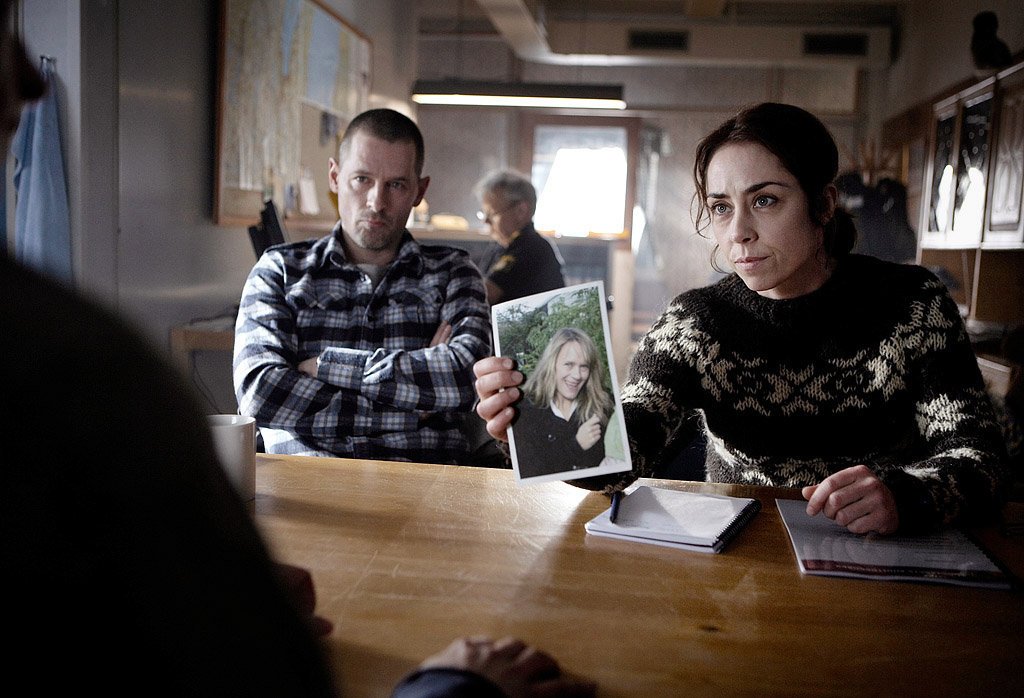 Forbrydelsen follows three series of police detective, Sarah Lund’s (played by Sofie Grabol) misfortunes in love, family and the workplace amidst backdrops of political intrigue and the worst kinds of cover-ups, violence and evil murders. Sofie’s Lund is closed off, distant and obsessive, focused on detection to the exclusion of all else. Grabol is fascinating as the protagonist, and I love that she was given free reign to play her character with man-like qualities. Lund is good at her job, irrespective of gender and her gender has little impact on how she solves cases.

Having watched A LOT of crime drama over the years, certain tropes I can smell a mile off and have grown tedious after multiple retreads. For example, the closed off, lonely, ever isolated detective trope is well-worn, even if usually the detective isn’t played by a female, and by the end of three series the novelty of Lund had worn off a little. I kept hoping for a small ray of sunshine to her miserable existence that never came. When the story veered towards romance, both times I guessed the outcome because I’ve seen the trope so often before. If a detective in a drama falls in love with someone chances are they’re a) the murderer or b) going to have something terrible happen narratively at the last second so that the two can’t be together. Both of these tropes played out at some point in the series. Such was the power of Grabol’s Lund though, that I kept watching, still fascinated by her complex portrayal.

The writer of all three series writes in a similar way to Paul Abbott, he who wrote the thoroughly excellent mini-series, State of Play. Series 1’s political story especially felt very reminiscent of that mini-series. The first series had the best political story; it fitted well with the murder storyline, we saw enough of everyday wheelings and dealings that it felt realistic, Troels Hartmann was an enormously likeable character and the ending was bleak, but felt earnt. Though I liked the politician in Series 2, his ending felt false, with the writer echoing Series One’s bleakness for the sake of it. The same happened again in Series 3, but I cared even less about the Prime Minister.

Series 1 is by far the best series in my opinion, largely because of the way the story tracked the grief and the heartbreak of the Birk Larsen family. Series 2 felt pot boilery and suffered without an emotional hook into any of the victim’s pasts or relationships. Series 3 tried to re-create the magic of the Birk Larsen’s with the Zeeland family, and though the actors portraying Emilie’s parents were excellent, the storyline felt too samey to deliver any surprises. My only criticism of Series 1 is that it was drawn out a touch too long.

Series 2 was slow to get started, but careened towards its electrifying ending from about episode four onwards. Aside from an odd side trip to Afghanistan, I barely even noticed how contrived the murder plot was or how lucky the murderer got to escape detection for so long. The ending is truly chilling and I enjoyed it the same way I enjoyed Series 1, but for different reasons. Lund’s journey back to her car, the rest of her force parting to make way for her, made her both a hero and even more isolated than ever before.

Series 3 felt more together than series 2, but the political story line lost me early in. I couldn’t keep track of people’s motives, and what’s more, didn’t really care enough to try either. However, the Zeeland story line was absorbing and the reveal of who was really behind the sexual abuse and murder of a long-forgotten foster child was dark, nasty and devilish. I do agree with others, who wished Lund’s exit could have been more ambiguous, left to viewer imagination. I also didn’t buy the Prime Minister’s silence on the old case, given his personal connection. Still, I’m glad I watched all three series and enjoyed my time with the Faroe Island jumper wearing Lund and felt a bit bereft when it was all over.

Now to go find Borgen on Netflix! Another show I’ve somehow avoided seeing despite the hype!