Getting Lost in Translation: An Interview with Stephanie Smee

And now for something completely different on the old blog… My brother has a passion for all things linguistics so I am very excited to be able to host an interview with a translator at the InkAshlings blog. Stephanie is currently working as part of the Eagle Books team on translating a Jules Verne adventure novel into English. I interviewed Eagle Books founder and author, Sophie Masson, in March. You can read my interview with Sophie here. 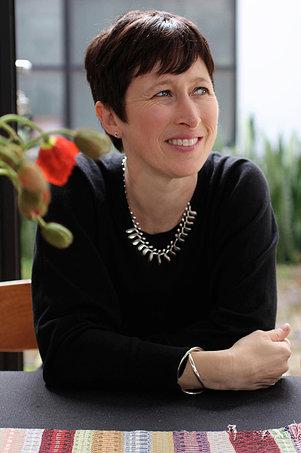 1. Tell us a bit about your background and how you got into translating books.

I came to translating via a career in the legal world. I read both Law and Arts at Adelaide University, majoring in French language and literature. I then completed an Honours year in French at Sydney University. Languages have always been my first love, I think; I have polyglot parents – a Swedish mother who speaks 5 languages and an Australian father who also speaks 5 languages (although two of his are no longer really “spoken”, ie Latin and Ancient Greek.) It’s probably fair to say I inherited a love of words – in many languages: French, German, Italian, Swedish -from them both!

After practising as a solicitor in Sydney and London, I made a decision to go back to my love of French and sought my NAATI qualifications in translation. It took me a while to launch myself into the wonderful world of literary translating after spending a number of years working as a legal translator.

It was a conversation with my brother, an art critic, that prompted me to take the leap from law to literature. That, and the never-ending support of my husband who encouraged me to focus on my first project, the translation into English of the Countess de Ségur’s iconic French children’s books. I have also been extremely fortunate to have wonderful friends and mentors: Cheryl Akle, director of Better Reading, who introduced me to Lou Johnson at Simon & Schuster, publishers of my translations of the Countess’s beautiful books; and Sophie Masson, author and one of the directors of Christmas Press and Eagle Books.

2. What has been the most exciting part of translating a Jules Verne novel?

It is an enormous privilege to be part of this exciting publishing event. It’s not every day one gets to translate a Jules Verne novel!

While Mikhail has been, and continues to be, enormously popular in France, it is almost entirely unknown to Anglophones. So, perhaps one of the most exciting parts of the project is knowing that I am part of the team bringing this wonderful historical adventure story to a whole new English-speaking audience.

Jules Verne is a masterful story-teller, and I feel very privileged to be helping to continue his legacy. And what a legacy it is!

3. What has been the most challenging part?

The challenges involved in translating such a novel are numerous, but they are part of the fun! Verne is the master of creating a very immediate sense of place, even if that place is a village in the heart of Siberia. Part of his technique involves the extraordinary degree of detail with which he paints his scenes – one can almost see the lightning cracking over the Urals in the middle of a thunderstorm, feel the bumpy road as the wooden telega wends its way through the mountain pass. His vocabulary is enormously rich and I often find myself delving into my wonderful 19th century dictionaries and poring over old maps of the Russian Empire given to me by my father-in-law for just the purpose of confirming place names and geography. Yet Verne’s dialogue is sharp and fresh. It scarcely feels like any work is needed to render it into engaging English for a 21st century reader!

4. Is there anything that simply won’t translate into English and how do you get around that?

Linguistically, challenges often arise when translating humour and wordplays, but working on such sentences can be the most entertaining and gratifying for a translator. There have certainly been some concepts and even sentence structures favoured in the 19th century that have had me sitting back on my haunches while I determine the best way to render them for our new readership. Hopefully I have been successful in my endeavours in this regard!

5. What’s next for you and Eagle Books?

I am very much focussed on this exciting launch title for Eagle Books, but I hope it is the first of many wonderful collaborations.

Thanks Stephanie for your insights into an unusual, but different, fun and rewarding career. Please do consider backing Stephanie’s project here.

You can like the facebook page for Eagle Books here and the Eagle Press website here. I will be interviewing others involved with this project in coming weeks so stay tuned…

Stephanie is a translator into English of all things literary and French. Having worked as a lawyer in Sydney and London, Stephanie happily traded in a legal career for a return to her linguistic calling. After several years as a legal translator, she left the world of pleadings and contractual documents behind and made her literary translation début with a new English translation of 19th century French children’s author, the Countess de Ségur’s Fleurville Trilogy published by Simon & Schuster (Australia) in 2010. The Trilogy includes the perennially popular Sophie’s Misfortunes, Camille and Madeleine: A Tale of Two Perfect Little Girls and The Holidays. Stephanie’s subsequent translations of the Countess’ works – also published by Simon & Schuster (Australia) – include the wonderfully cheeky Monsieur Cadichon: Memoirs of a Donkey (2011) and A Room at Guardian Angel Inn (2012) and its sequel, General Dourakine (2013). Her original short story, The Right Path, was published in Once Upon A Christmas (Christmas Press, 2014). Stephanie lives in Sydney with her family. Her website is at www.stephaniesmee.com